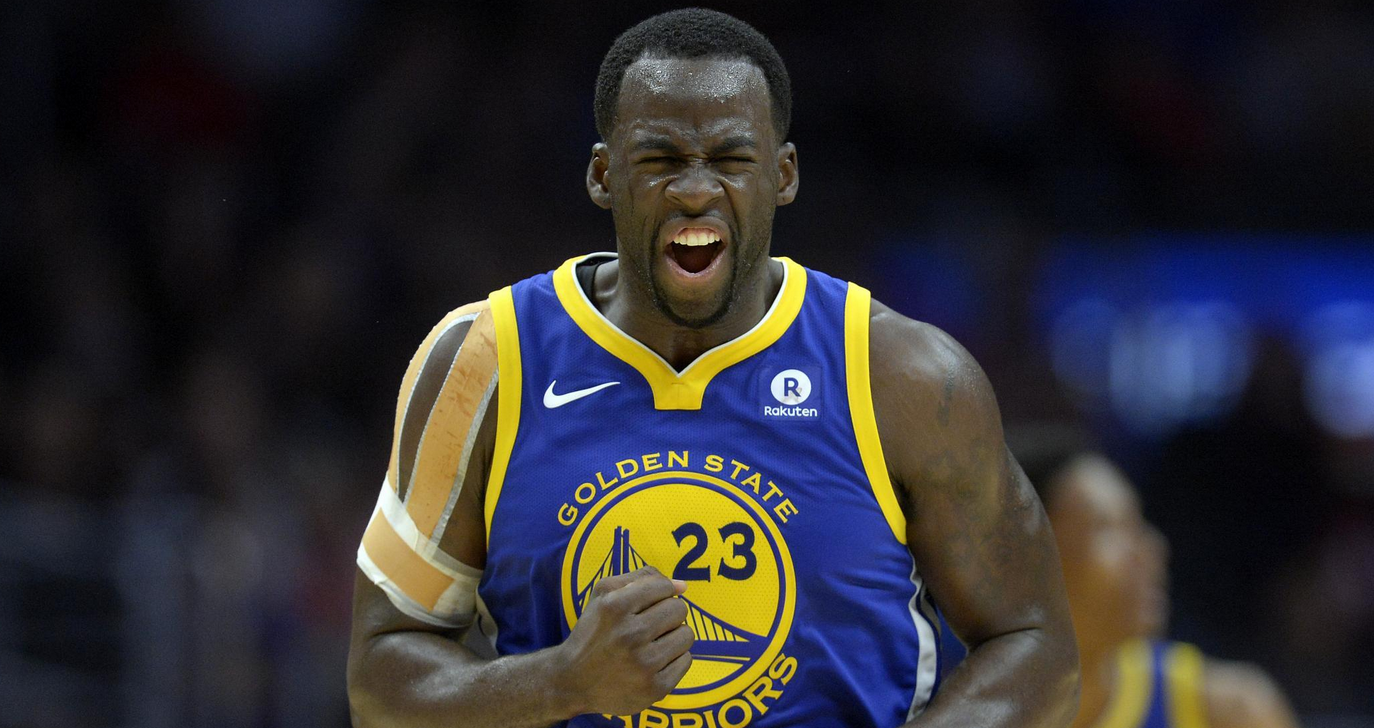 Was Draymond Green‘s sideline eruption Monday in Los Angeles merely the latest in his periodic series of blowups, or a symptom of deeper issues plaguing the seemingly impervious Warriors?

What we know for sure: The Warriors certainly didn’t take the ugly incident lightly, suspending the combustible All-Starone game without pay.

That amounts to peanuts for a player slated to make more than $17 million this season. But the larger statement speaks volumes. Even for a team accustomed to Green’s volatility, the sight of him angrily cursing out teammate Kevin Durant on the bench was a bridge too far.

How Green will respond to his punishment is anybody’s guess.

Warriors general manager Bob Myers described the seven-year veteran as “professional” when told of the suspension before Tuesday’s 110-103 victoryover the Hawks.

And coach Steve Kerr is no stranger to internecine strife. Not only has he managed Green for five seasons, he played alongside — and memorably fought with — the notoriously demanding Michael Jordan, as well as one-man sideshow Dennis Rodman, with the Bulls.

In Kerr’s telling, his skirmish with Jordan actually brought the two together. It surely helped that Jordan called within hours of their fight.

According to Myers, that had yet to happen between Durant and Green as Tuesday’s game tipped off. But neither he nor Kerr expect Monday’s blowup or the ensuing suspension to significantly impede the Warriors in their quest to win a third straight championship.

“I know it may appear as if it’s looked easy over the last however many years; it’s not,” Myers said. “And so they’ll get through it, and we’ll keep moving. Hopefully we get to The Finals and win a championship. That’s all anybody’s thinking about, because I think that’s all you can think about.”

“I think we’ll be fine,” Kerr said. “Draymond is always going to be who he is. He’s a powerful force. He’s a huge reason why we’ve had so much success here.”

Others, however, aren’t so sure. Various observers described Myers and Kerr as being visibly shaken over the incident during their media availability. Some wondered if Green’s anger stemmed less from Monday’s game than lingering resentment over Durant’s refusal to commit to the Warriors long term.

Durant’s first public comments were more cranky than conciliatory. While minimizing the incident — “(Expletive) happens in the NBA,” he said — Durant didn’t exactly bend over backwards to extend any olive branches.

“What happened, happened,” he said. “I don’t really think that matters at this point (whether he and Green are friendly).”

If you want to get reallydeep in the weeds, enterprising lip readers found footage of Durant seemingly muttering “this is why I’m out” under his breath while heading back on the court Monday — a possible allusion to his impending free-agent decision.

Will Durant stay, or will he go?

With DeMarcus Cousins nearing his return to give them an unprecedented fifth active All-Star, are they simply too good for any of it to matter?