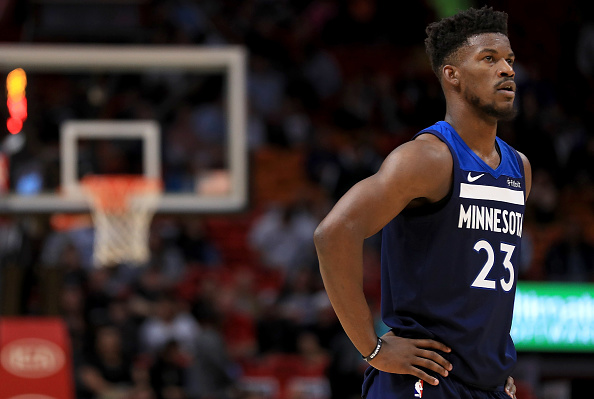 Jimmy Butler is already in the history of the Timberwolves and he provided a list of three teams he would be willing to sign a long-term extension with: Knicks, Nets and Clippers.

That list could grow now, because according to Jon Krawczynski, there are a “number of teams” interested in Butler, including some willing to trade even without the assurance of an extension.

The Butler case is similar than Paul George, who signed with the Thunder in his last year with the hope of convincing him to stay. It worked for Oklahoma City past year.

The following days are pretty important to know the future the next team for Jimmy Butler.