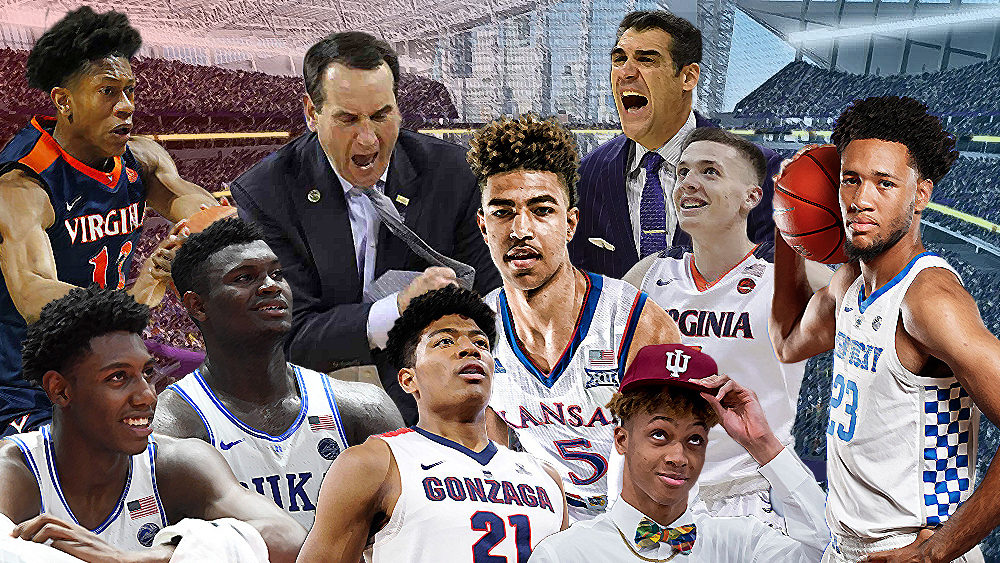 November is closer than ever and the college basketball is ready to begin. If something characterizes this competition is the large number of teams and players involved. Here you will find five key ideas to follow the day to day of the most exciting basketball competition around the world.

Virginia is back, a new hope!

It’s quite clear that Villanova was the nation-s best team last season. The Wildcats would have been the No. 1 overall seed in the NCAA Tournament, if not for midseason injuries to both Phil Booth and Eric Paschall. But they weren’t, Virginia was. You probably remember that did not go well for the Cavaliers at all. A big handicap that represented the first time in history that a No. 16 seed in the NCAA Tournament had ever beaten a No. 1 seed. It was probably the most surprising outcome in the history of sports. Virginia had lost only twice all season.

All those reasons invite us to think that the present season could be their bounce back. Take in mind the following names: De’Andre Hunter, a projected lottery pick, and Kyle Guy, who averaged a team-high 14.1 points last season. Both of them are now the main actors in this team.

Coach K’s team is talented, super talented. He has enrolled again the nation’s top-ranked recruiting class. Three of the prospects in that class are RJ Barrett, Cam Reddish and Zion Williamson. Most of analysts project them as lottery picks in next June’s NBA Draft.

Mike Krzyzewski can win his sixth national title in the present season, the greatest coach of all times manages currently a roster plenty of gifted players with whom he’ll be working with the only goal to cut the nets. Probably not the most balanced team, but with the best decisions from the bench. Difficult but possible.

Kansas and Kentucky are All-In

Before the ball start to dribble, everyone will bet for those two teams that are the best rosters. But if something define the NCAA is that not the best teams are on the top during march. Kansas and Kentucky know it pretty good. Just in case, both of them repeat the same strategy, load the locker room with great players.

The Jayhawks have two five-start freshmen in Quentin Grimes and Devon Dotson. They are the prizes of a top-five recruiting class. And Kansas has them surrounded with lots of talented experienced players like Lagerald Vick, Udoka Azubuike, Charlie Moore, KJ Lawson and Dedric Lawson. In total, five players who have already averaged more than 12.0 points per game at the high-major level. Exigency is there, not only because the team has to compete for the greatest goals, they are under pressure too, for just the second time in nine years, not a single KU player was selected in the first round of the NBA Draft.

Meanwhile, Kentucky is similarly loaded. The Wildcats have four five-start freshmen in EJ Montgomery, Ashton Hagans, Keldon Johnson and Immanuel Quickley. They are also surrounded by some quality experienced players like PJ Washington or Quade Green.

Romeo Langford is not the highest-ranked freshman entering college, he’s not the best pro prospect either. But it’s reasonable to think that Indiana fans have literally been waiting for this for years. He is a Indiana Legend for his 3,002 points scored in the high school averaging 35.5 points, 9.9 rebounds and 3.7 assists as a senior leading New Albany High to a 25-2 record.

The Hoosiers are expected to compete at or near the top of the Big Ten standings. There’s nothing Indiana fans love more than Indiana natives starring for the Hoosiers. And Langford is one of the biggest in-state stars enrolled in very long time.

This year NCAA will receive players from seven different countries, including some from faraway lands that aren’t typically synonymous with the game.

Most of those featured players that arrive to the league are from Canada and Africa. Nickels Alexander-Walker for Virginia Tech and Lindell Wigginton for Iowa State will manage their teams from the guard position, both of them are mainly scorers and they’ll be pretty important in the success of their teams.

The exotic side of the NCAA will be in the japanese Rui Hachimura, who turned some heads this past summer playing for his native land’s national team and is projected to be a top-10 pick in next June’s NBA Draft.