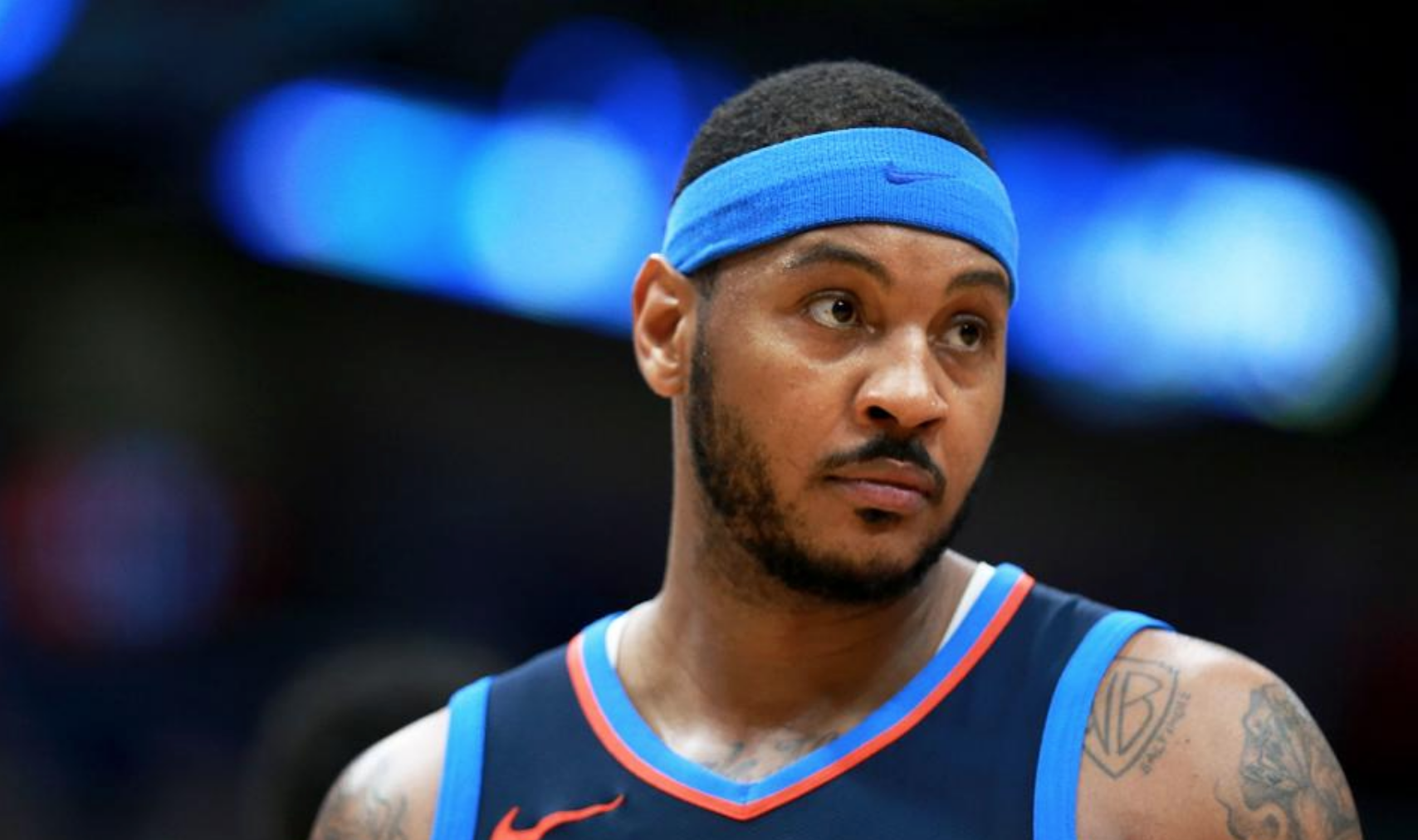 The Oklahoma City Thunder, Atlanta Hawks and Philadelphia 76ers have agreed to a three-team trade that will send Carmelo Anthony, Justin Anderson and a protected 2022 first-round pick to the Atlanta Hawks, Dennis Schroder and Timothe Luwawu-Cabarrot to the Thunder, and Mike Muscala to the 76ers, according to reports from Adrian Wojnarowski of ESPN and Shams Charania of Yahoo! Sports.

Oklahoma City has agreed to trade Carmelo Anthony and a protected 2022 first-round pick to Atlanta for point guard Dennis Schroder and Mike Muscala, league sources tell ESPN. Anthony will be waived, and he will join team of his choice. Rockets are frontrunner.

The Hawks reportedly will buyout Anthony’s contract, which will make him an unrestricted free agent if he clears waivers. The Rockets are the frontrunners to land Anthony, according to Wojnarowski. Anthony is also reportedly considering the Miami Heat.

Anthony will get his entire $27.9M in the buyout and waiver with Hawks. It could take a few days to work thru logistics on trade. ‘Melo met with Rockets and Heat in Las Vegas. Again, Rockets are the frontrunner. https://t.co/2rbDZ7vUu1

Tremendous save for OKC: Thunder get massive salary and luxury tax savings — nearly $100M — w/o stretching Anthony’s $28M. That deal would’ve left $9M-plus on books next three years, so Schroder $15.5M per year becomes bargain — and an asset that could stay or be traded again.

The 34-year-old Anthony had been the headliner his entire career — he’s 19th in NBA history with 25,417 points — but he was more of a catch-and-shoot scorer last season instead of the isolation specialist he had always been. He averaged 16.2 points per game, but struggled at times in his new role. His playing time dwindled in the playoffs and he wasn’t happy. In Game 6 of the first-round playoff series against Utah that ended Oklahoma City’s season, he played fewer minutes than backup Jerami Grant.

After the season, he said he prefers to play with the ball in his hands more and said coming off the bench is “out of the question.”

The Thunder have been on the hunt for added bench scoring and playmaking this summer. Taking on Schroder carries some long term money, and some possible headaches, but solidifies the second unit.

Schroder, a 24-year-old guard from Germany, has played his entire five-year NBA career with the Hawks after they selected him with the No. 17 pick in the 2013 NBA Draft. The Thunder are eager to add Schroder’s speed and ball-handling ability to the mix with All-Stars Russell Westbrook and Paul George. According to Wojnarowski, the Hawks were “motivated” to trade Schroder after adding rookie Trae Young and veteran Jeremy Lin to their point-guard rotation this summer.

The first-round pick being sent to the Hawks is lottery protected (1-14) for 2022 and becomes two second-round picks if it doesn’t convey, according to Royce Young of ESPN.

The pick the Thunder are sending the Hawks is 2022 lottery protected first rounder (1-14). If it doesn’t convey, it’ll become two second rounders.

Muscala, also drafted by Atlanta in 2013, brings size and shooting to Philadelphia. The 6-foot-11 forward/center averaged 7.6 points and 4.3 rebounds in 20.0 minutes and shot 37.1 percent from 3-point last season. His presence could help replace the production of forward Ersan Ilyasova, who signed with the Milwaukee Bucks during free agency.

Luwawu-Cabbarot is two years removed from being selected with the No. 24 pick in the 2016 NBA Draft. The lanky guard averaged 5.8 points, 1.4 rebounds and 1.0 assists in 15.5 minutes for the 76ers last season.

Anderson is a four-year NBA veteran after two seasons with the Dallas Mavericks and two with the 76ers. He played in just 38 games for Philadelphia last season. He was selected by the Mavericks with the No. 21 pick of the 2015 NBA Draft.